The world’s scripts and alphabets

Speech, the universal way by which humans communicate, fades instantly: before a word is fully pronounced it has already vanished forever. Writing, the first technology to make the spoken word permanent, changed the human condition.

It was a revolution in communication when a script allowed individuals to share information without meeting face to face. Writing also made it possible to store information, creating a pool of knowledge well beyond the ability of any single human to master yet, at the same time, available to all. Writing is regarded as the threshold of history, because it ended the reliance upon oral tradition, with all the inaccuracies this entailed. Finally, among the innumerable benefits created by a script, writing allows us to capture our ideas when they arise and, in time, to sort and scrutinise, revise, add, subtract, and rectify them to arrive at a rigour of logic and a depth of thought that would otherwise be impossible.

Over the past millennia hundreds of different alphabets and scripts have been used all over the world. Some of them have disappeared while others still exist. On the outline map below you can see the distribution of the world’s most important scripts that are currently used. 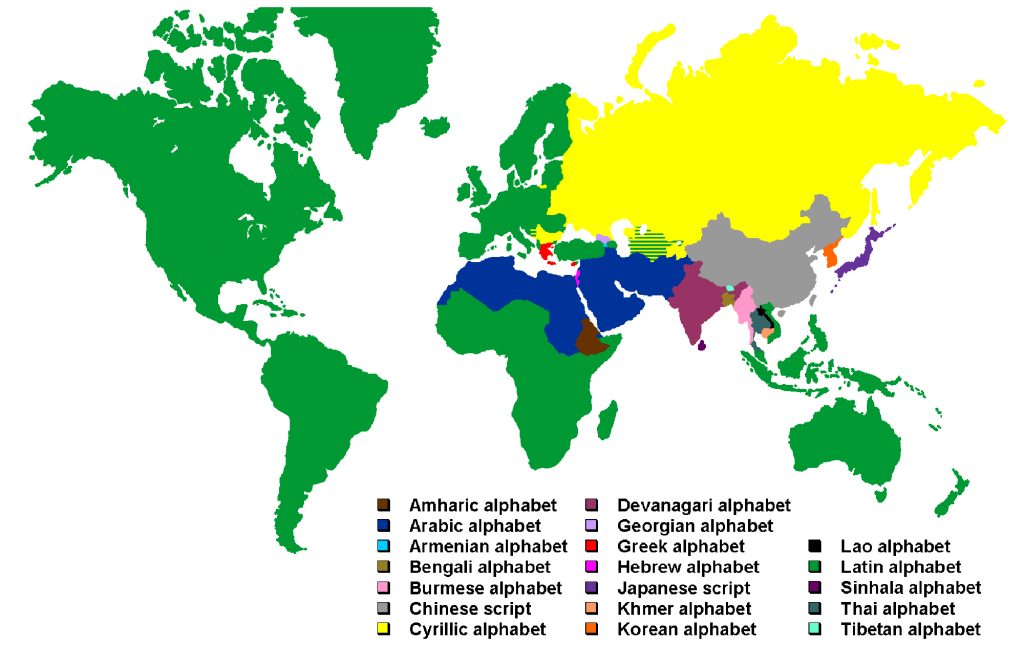