Why isn’t there a standard voltage around the world?

Why isn’t there a standard voltage around the world?

Europe and most other countries in the world use a voltage which is twice that of the US. It is between 220 and 240 volts, whereas in Japan and in most of the Americas the voltage is between 100 and 127 volts. 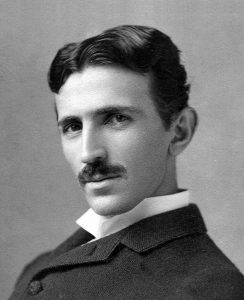 The system of three-phase alternating current electrical generation and distribution was invented by a nineteenth century creative genius named Nikola Tesla. He made many careful calculations and measurements and found out that 60 Hz (Hertz, cycles per second) was the best frequency for alternating current (AC) power generating. He preferred 240 volts, which put him at odds with Thomas Edison, whose direct current (DC) systems were 110 volts. Perhaps Edison had a useful point in the safety factor of the lower voltage, but DC couldn’t provide the power to a distance that AC could. 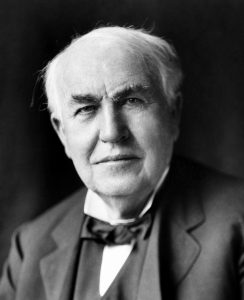 When the German company AEG built the first European generating facility, its engineers decided to fix the frequency at 50 Hz, because the number 60 did not fit the metric standard unit sequence (1, 2, 5). At that time, AEG had a virtual monopoly and their standard spread to the rest of the continent. In Britain, differing frequencies proliferated, and only after World War II the 50-cycle standard was established.


Originally Europe was 120 V too, just like Japan and the US today, but it was deemed necessary to increase voltage to get more power with fewer losses and less voltage drop from the same copper wire diameter. At the time the US also wanted to change but because of the cost involved to replace all electric appliances, they decided not to. At the time (50s-60s) the average US household already had a fridge, a washing-machine, etc., but not in Europe.

The result was that throughout the 20th century, the US had to cope with problems such as light bulbs that burnt out rather quickly when they were close to the transformer (too high a voltage), or just the other way round: not enough voltage at the end of the line (105 to 127 volt spread !). Eventually the problems were solved by supplying all buildings and houses with 240 volts split into two 120 volt circuits which, between them, feed all the house’s receptacles. The common neutral wire is connected at the centre point of the split 240 volts on the main panel. The full 240 volts is used for powerful appliances such as ovens and clothes dryers. Mind, Americans who have European equipment should not connect it to these outlets, since the phasing is wrong.

Below is a map that shows the domestic voltage and frequency used in every country of the world. Dark blue coloured countries use 220-240 V. The electrical network in red countries operates at 100-127 V.

Keep in mind that this map is only a general overview. Sometimes there can be voltage differences within one and the same country. For complete and detailed information, click here.